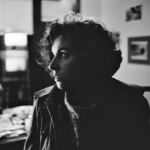 Katya Apekina's short stories have appeared in various literary magazines. She is the recipient of an Elizabeth George grant, an Olin Fellowship, the Alena Wilson prize and a 3rd Year Fiction Fellowship from Washington University in St. Louis where she did her MFA. She has done residencies at VCCA, Playa and Ucross. Her prose and poetry translations from Russian appeared in Night Wraps the Sky: Writings by and About Mayakovsky (FSG 2008), which was short-listed for the Best Translated Book Award. She co-wrote the script for the independent film New Orleans, Mon Amour (2008), directed by Michael Almereyda and starring Elisabeth Moss and Christopher Eccleston. She lives in Los Angeles with her husband and daughter.